The nature guide takes you on an unforgettable journey through the alluring universe of the Permian era and tells spectacular stories about big and tough predators with giant teeth, bizarre and colorful giant toads, reptiles and Monster lizards with strange plants that can kill in a snap ....... Do not stay startled if the animals move or make strange noises while - Do you dare ...;)

Many of them were ferocious predators – big and strong, with huge teeth. An amphibian or salamander that could kill with one rapid attack! Other types remained small but looked bizarre.

The animals from those days died out in the greatest extinction the world has ever seen. Global warming, up to 10 degrees warmer, made the world into a desert, and almost 90% of life forms disappeared.

Experience the big, life-like animals in the special exhibition, Monsters of the Past, and don’t get scared if the animals move or make strange noises when you pass by them.

Bear Brunch
A cozy Sunday for the whole family at Naturama. Every 2nd Sunday of the month ... :) 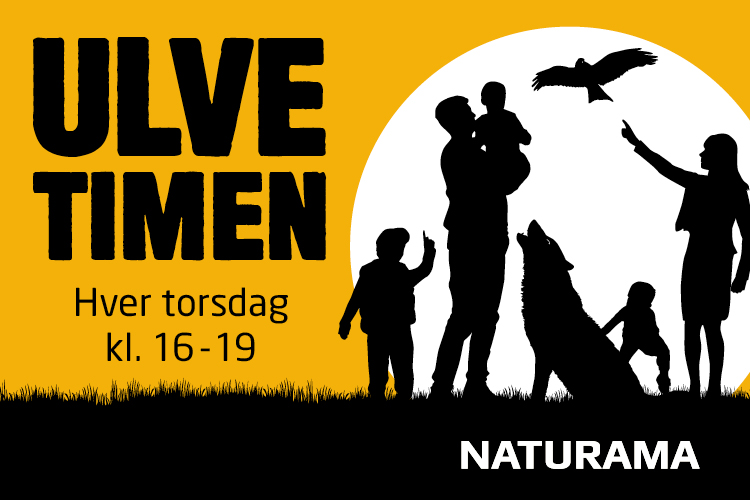 “WOLF HOUR” open 4 PM – 7 PM
Every Thursday you can have a cozy evening with easy food and quality time, before the kids' bedtime. There will be evening stories and you can buy easy and delicious dinner at small prices ..... See today's program below .....

Children’s birthday
Invite your friends to an unforgettable birthday among the animals at Naturama. Here it is not only your guests who sit at the table, but also snakes, walking sticks and cockroaches when the Nature Guide shows live animals! Once we have greeted the animals, we go on a treasure hunt around Naturama - can you find the hidden treasure? The cafe feeding board provides food and cake for the hungry ranks.😊

Dive below sea level
The nature communicator guides you through the magical blue universe with fabulous stories about the fascinating mammals below the surface of the sea, the whales ...

Today’s Feeding
Join us as our facilitator feeds the live animals. It can be either our snakes, spiders or walking sticks that need food. The facilitator announces on the day which animal is being fed.